Shortly after getting the windshield wipers to work on the 280z, it was only natural that I test the washer fluid. It wasn’t any surprise that after pressing that button, nothing happened – not even the hum of its motor. I thought maybe it was a bad contact like the wipers…and turn signals…and everything else.

But popping the hood revealed: 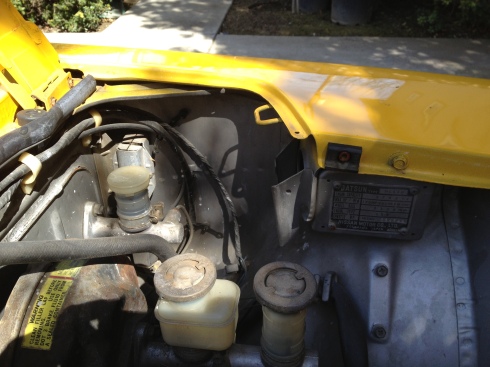 huh – no windshield washer reservoir AT ALL!

The Mitsuba Electric model came with a bunch of goodies needed for a full install, but since I already had the jets and T-junctions in place, i just needed the reservoir, motor and hose. 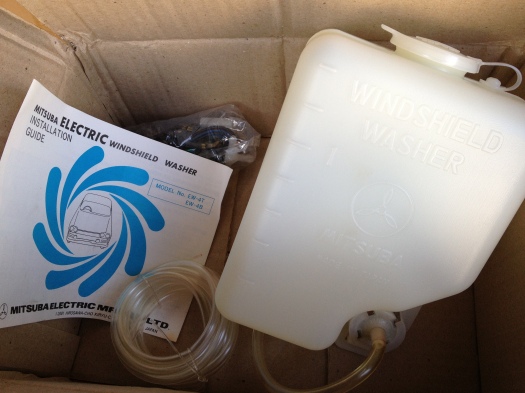 Here’s a pic of the placement. Notice the original washer tank would have slid into the metal bracket. The Mitsuba also has a slot of its own.

So I made a bracket out of some spare metal i had around – measured twice, cut once.

Viola! It tapers so that the narrow end fits in the car slot, and the wider end fits into the washer reservoir.

Test fit on the car chassis. You’ll notice in this pic that the gaps are smaller than above to prevent sliding while in either slots. Side view:

Test fit on the bottle. Not too bad here.

Test fit with both in the car.

The 280z has a special connector for the washer motor that doesn’t coincide with the Mitsuba’s. Fortunately, the blue/red wires correspond, and I assumed that the other was the ground. 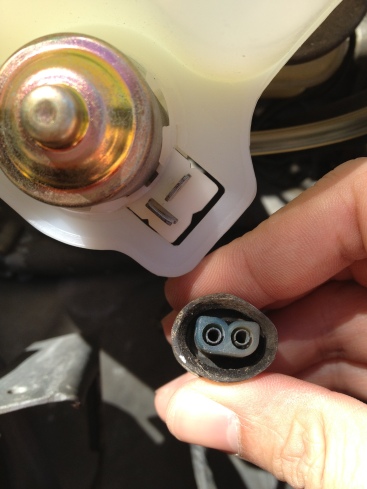 Hooked up the hose, tucked it alongside the other wires, and it install is completed. 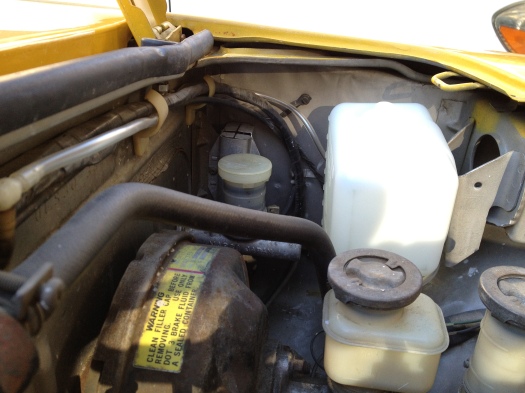 Now when the windshield gets dusty, there’s no more need to hang out the window to wipe it off with a little spit (j/k!).

This site uses Akismet to reduce spam. Learn how your comment data is processed.