Holy finds! Who doesn’t like scavenging around Craigslist?! What’s that saying: “One man’s junk is another man’s treasure”?! Oh the treasures!

Ready for this?! There’s a free Z on Craigslist! Whoa! A 1977 Datsun 280z was listed on CL in the free section (one of my favorite sections), without engine and transmission, mismatched wheels, multi-colored and a few dents, to say the least.

Get it while it’s hot. 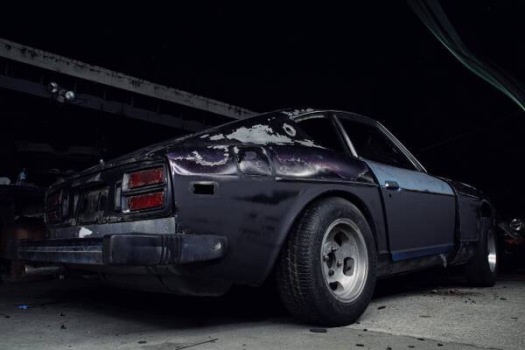 A few months back I was overviewing 8-spoke wheels that have the classic look Watanabe wheels have oh-so craftily perfected (at least for a classic Japanese car, in my opinion).

During my frequent searches on Craigslist for all things Datsun, I saw someone in Burlingame selling their Ataras! $850 for 4 new 15×9, 0 offset…with Watanabe logo’d center caps? Haha nice.

mmm now I don’t have any driving experience on this wheel (and info on Atara in general is sparse), but for a replica wheel, it seems a bit steep. Though everything is relative: a single Wantabe wheel can go for that much.

Part of the daily routine? Hop onto to craigslist and if warranted, shout out the latest Datsun deals to my wife (not that she cares, but she’s the only one around listening).

Man, the price on this gem is soooo hard to pass up… READ: $1500. Yes, $1500.
$1500 for a 240z. Just going by the pics, probably some body rust, but doesn’t look like body damage. Front bumper looks aligned. Enkei rims. Body panels straight. And judging by the black truck in the garage, probably coming from someone who knows something about cars.

In case the post is gone, direct from Craigslist:

i love the car but i have to sell it.
reg just expired but will be cheap.
the car will drive bu the rear coilovers need to be installed.the fronts were already done.i havent touched the car since i got it, only drove it a little but i dont have any time to work on it.
please call me at …
price is firm and well worth it.
thank you for your time..

I’m on my morning Datsun CL search routine. and come across something very interesting: a Turbo Tom.

The Turbo Tom was an aftermarket turbo setup in the 70’s for the early Datsun L-series engines (think, a turbo before the 280zx). It was developed by SCCA racer Tom Wyatt III, which in his own right has a pretty inspiring Datsun racing story of his own. Supposedly as he raced his turbo’d L20b Datsun 510, they had to continue to move Wyatt up in class. He was blowing doors off each class all the way up to the Corvette and Cobras.. the big boys. And even then, he beat Porsches and Cobras by seconds*.

From what i gathered, the Turbo Tom was a BYOT (bring your own turbo) setup, coming with intake and exhaust manifolds, and featured a mount for a sweet 4 bbl carb.

Like any other aftermarket product, it’s subject to nay-sayers and the Turbo Tom is certainly no exception (one forum member harked it should stay dead). But also with pieces this interesting, there are those who create builds specifically around this turbo setup (zcar.com forum). Personally, I like the setup – it’s unique, it’ll no doubt give that L-series some more get-up-n-go, and it’ll be sure to generate talk with who ever sees it.

Worth $700? eeehhh sounds like a stretch, but I suppose for the right enthusiast, it’ll be turbo-riffic.

Say what? There’s a Datsun Z kit car?! Well, not exactly, it’s more like there have been many Datsun Z’s used as the basis for building another car…

First thing that comes to mind: who in the world would do such a thing?! I mean the S30 Datsun Z body is incredibly beautiful and has a timeless design and aesthetic with plenty of critcal press to back it up. Ok ok, so what if “beauty” is truly in the eye of it’s beholder… and abominations like a S13 Nissan Silvia rock-crawler wasn’t to be called…an abomination? (actually..that particular one is kinda neat…)

I guess there have been a number of these conversions, and like all project cars are in varying degrees of completion and success. This particular Datsun Z / Ferrari replica conversion comes from Craigslist. At first I thought it was a Ferrari post with “Datsun” in it’s laundry list of keywords, but what gave it away at first glance?

The triple gauge humps on the dash. Ah ha! it’s a Z.

Hmm is it worth it? Should people do these types of things to already beautiful cars? I suppose in the end, the build is still in the eye of the builder. And though it’s too bad another Z gets taken off the road, I suppose what remains is a driver’s happiness. But in reality, you know how these project cars go… it’ll probably never get on the road and get re-posted on CL 3-5 years later, unfinished.

I’m a Craigslist troll. Any chance I get, i’ll be on there searching ‘Datsun’.

This one pulled up this morning, and it looks like a steal. A stored 1972 orange 240z with tons of recent goodies. Really, there should be a 1 in front of that price.

Just in case the link is gone, here’s the post / pics. 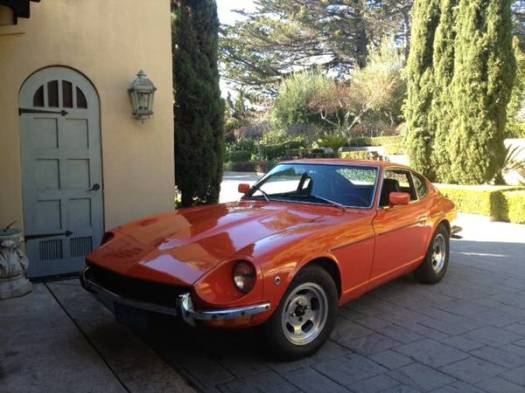 This car was pulled out of a carport several months ago after sitting for several years.
I’ve gone over most of the mechanicals, and the Z is now back in great driving condition.
This is a clean title California blue plate Z, however it does have rust in the floorpans, lower rear corners and hatch.
The chassis and body are solid, and you can either drive it around as is and do the body work over time, or just do the body work right away and have a great 240Z to drive around in.
It is a complete Z that hasn’t been butchered, with full original interior in great condition.
I have too many project cars, and as this is the most sorted of the bunch, I’m letting this one go.

I’m an avid craigslist watcher – about 4-5 times a day I’ll be on there looking for Datsuns. In the past month or so, there’s been huge spike in Z cars in the Bay Area. Everything from $875 (sold by the time this was posted) to nearly $40k (see below), daily drivers, barn finds, weekend track stars, show cars, you name it. Two of which caught my eye – these two yellow Z’s. I had to do a double take on the first one because my work garage looks exactly like the pictures, I thought someone was selling it from under me. The $40k version looks like it’s been severely Hulk’d. Which one would you pick? Enjoy!

the engine runs great, has never had any problems. the body is in excellent shape. she is sweet and sexy, nice and lovely. 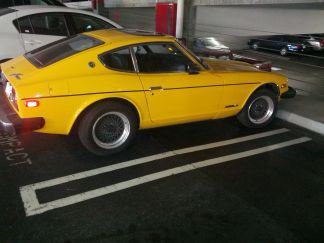 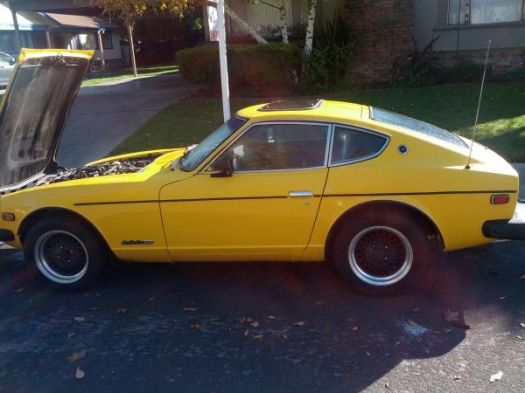 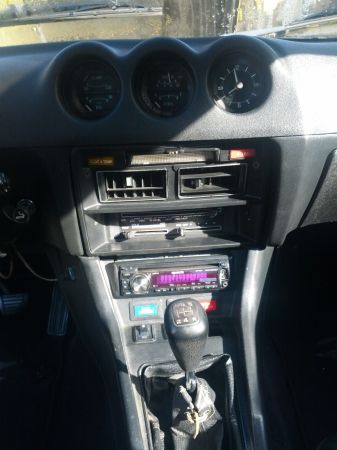 600 (NORMALLY ASPIRATED) HP OF PURE FUN!! READY FOR A FUN DAY AT THE TRACK OR ON THE STREET. HAS WON NUMEROUS CAR SHOWS INCLUDING SEVERAL GOODGUYS AWARDS.

“Complete, detailed AD with ALL specifications and Photo Gallery at:
http://zcartrader.com/wp/?auto=1971-datsun-240z-v-8 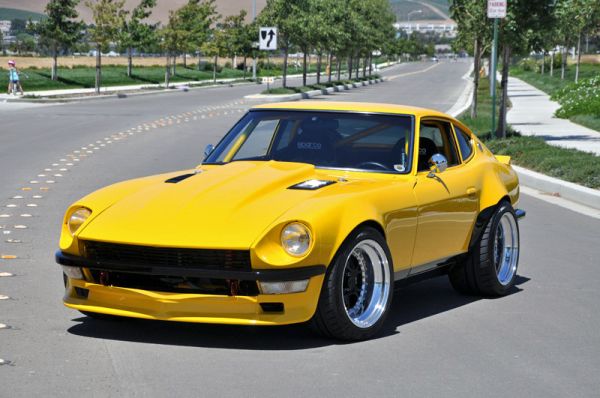 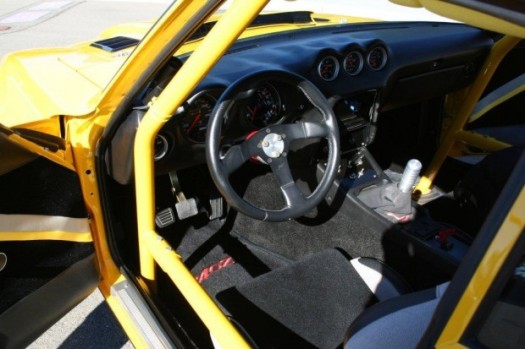 Just a note, these links may not work after a while because it’s either sold or too old on Craigslist.

For $10k, you get into some really nice, well kept examples: 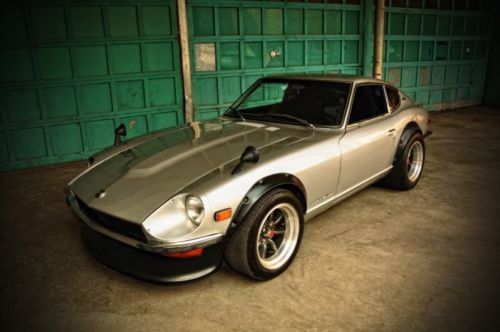 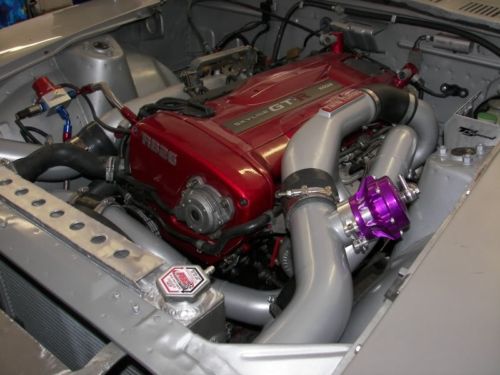 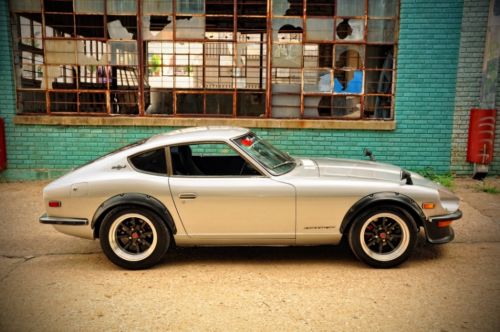